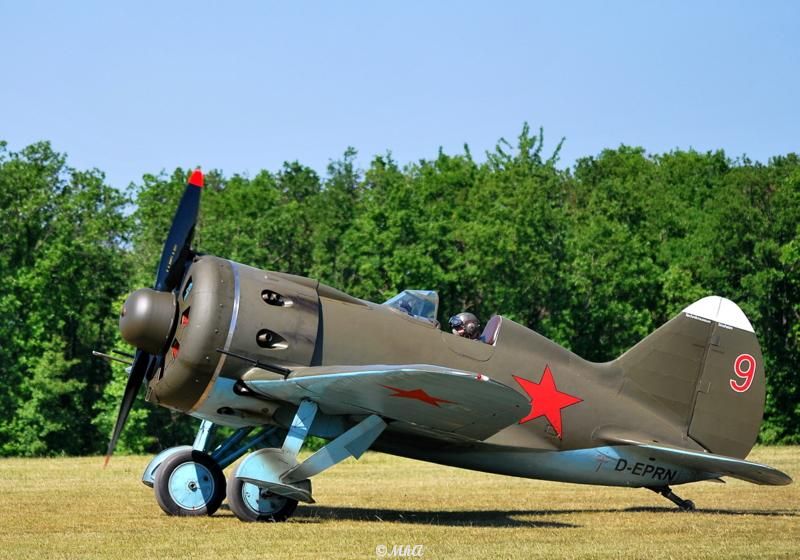 Previous Next
← previous day next day →

Posted by Mhelene (Villiers-sur-Marne, France) on 8 June 2010 in Transportation and Portfolio.

The Polikarpov I-16 was a Soviet fighter aircraft of revolutionary design; it was the world's first cantilever-winged monoplane fighter with retractable landing gear. The I-16 was introduced in the mid-1930s and formed the backbone of the Soviet Air Force at the beginning of World War II.

Lovely shot for ST:) It does look like a toy plane.

Super shot of it, it does look like a comic plane, but was well ahead of its time with the design

Wow, what a lot of engine for a little bit of plane! great, sharp image.

What a short, fat little plane ... comical for sure!